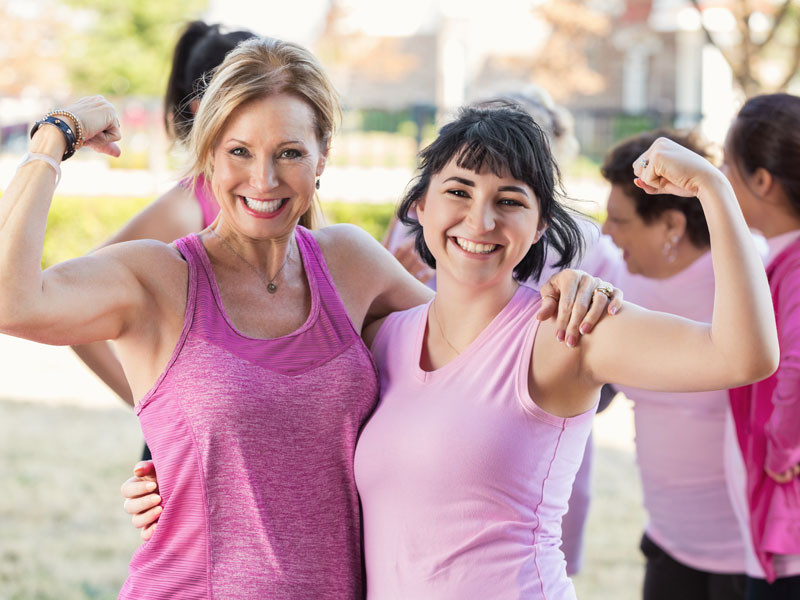 By any standards, October must be said to be a colorful month. The trees are full of autumn leaves in a hundred shades of red, yellow and orange, and shops, streets, and jacket lapels are filled with pink ribbons, symbolizing the global fight against breast cancer. However, it is easy to take steps that can help improve breast health.

According to Cancer Research UK, breast cancer is the most common cause of cancer death for European females.

Surprisingly, men can also contract breast cancer, although in less than 1% of the cases the victim is a man, according to BreastCancer.org.

On the other hand, breast cancer researchers continue to make new breakthroughs year after year.

At the same time, events like Breast Cancer Awareness Month makes a profound difference by continuing to educate men and women across the globe about what can be done to prevent breast cancer.

Amazingly, research indicates that a number of ordinary foods can help stop the development of breast cancer in it tracks by altering pathways that over time can lead to breast cancer.

That’s why we have compiled a list of breast health-boosting natural ingredients that every woman deserves to include in her diet.

5 Ingredients that can Boost Breast Health

Although mostly known for its positive impact on arterial health, increasing amounts of data shows that pomegranate has cancer preventive properties.

This is because pomegranate is filled with polyphenols, which attacks cancer development in as much as seven different ways.

This month, you save on Pomegranate Complete!

Few nutritional sources have gained as much scientific validation as pomegranate. The surprising number of benefits attributable to pomegranate include everything from supporting healthy prostate and breast tissue to promoting a healthy heart, joints, liver and kidneys. According to studies, pomegranate is also one of nature’s most powerful antioxidants.

Curcumin, the active constituent of the spice turmeric, has been shown to have an impact on all of the major targets involved in the development process of cancer, making curcumin ideal for cancer prevention.

With its multi-targeted approach to cancer prevention, research has shown that curcumin has anticancer properties in breast cancer.

Ordinary vegetables such as broccoli and cabbage have proven to contain sulforaphane which may act as a breast cancer preventive.

Supplementation of Vitamin D can also be a good idea to consume. Increased Vitamin D levels have been associated with having a protective effect against breast cancer.