Pomegranate: 3 Reasons Why Pomegranate is a Superfruit

3 Reasons Why Pomegranate is a Superfruit 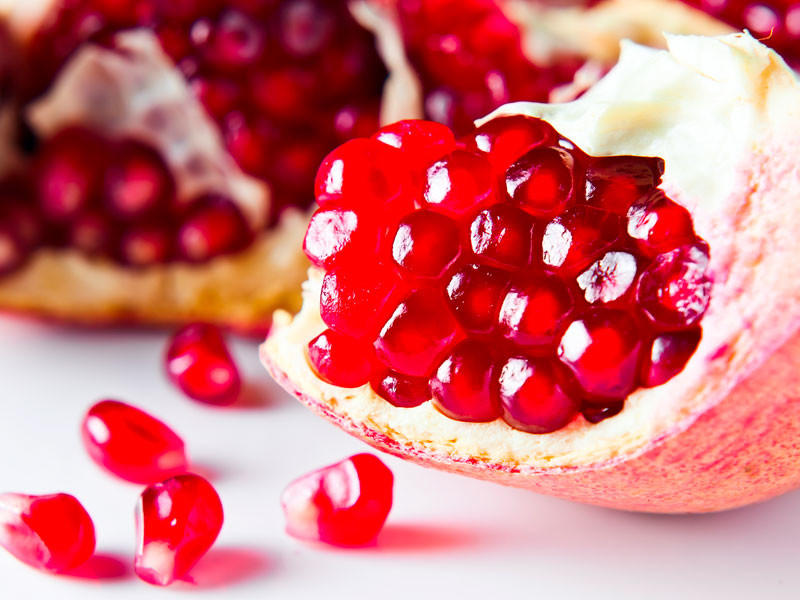 The name "pomegranate" (Punica granatum L.) derives from the Latin pomum and granatum, meaning apple-seeded. The fruit's numerous seeds have made it a symbol of female fertility. The ancient Greeks believed it to be a symbol of life, marriage, and rebirth.

The Composition of Pomegranates

Pomegranate contains the phenol ellagic acid, which in recent research has been associated with protective effects against cancer. The fruit is a good source of vitamin C, tannins, and flavonoids. Major anthocyanidins include delphinidin, cyanidin, and pelargonidin, which contribute to the pomegranate's antioxidant activity.1 An examination of the pomegranate fermented juice and seed oil's antioxidant properties found activity similar to that of green tea, red wine, and and may even act as a preservative.2 Flavonoids extracted from the juice and seed oil demonstrated an ability to inhibit lipoxygenase — an enzyme that converts favorable unsaturated fatty acids to damaging peroxides.

While pomegranate seeds and their fleshy covering is known as aryls are the parts of the fruit normally consumed, significant free radical scavenging ability has been found in the peel as well.3 For example, a trial of humans with ulcerative colitis found that the peel improved symptoms in comparison with a placebo after four weeks.4

Concentrated pomegranate juice and pomegranate extract capsules are available for those individuals who find whole pomegranate fruit too messy or time-consuming to eat on a regular basis. For those watching their sugar intake, consider the capsules as an alternative to the juice, which contains sugar.