Pumpkin: The True Potency Of The Pumpkin Seed

The True Potency Of The Pumpkin Seed 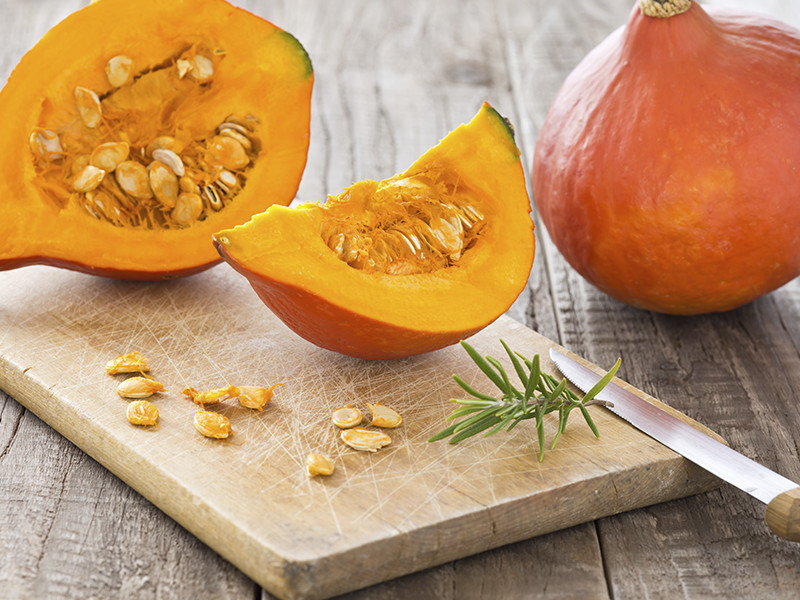 While most people only think of pumpkins on Thanksgiving or Halloween, the seeds of this fruit offer an impressive cocktail of health enhancing and disease fighting compounds, vitamins, and minerals that can be consumed year-round. In addition, they are packed with tryptophan and essential fatty acids [1].

Native to North America, pumpkins (Cucurbita pepo) were first embraced by Native Americans for their multi-purpose properties before the fruit's seeds were passed along to European explorers and spread throughout Europe. Pumpkins, and their seeds known as pepitas, belong to the gourd family Cucurbitaceae. The United States is currently the largest producer of pumpkins followed by Mexico, India, and China [1].

Among its unique multitude of health benefits, pumpkin seeds standout for their ability to effectively treat an overactive bladder, a condition characterized by a sudden urge to urinate that may lead to an involuntary loss of urine [2].

Researchers estimate that 16% of men and women suffer from overactive bladder symptoms such as urination urgency as well as frequent daytime and night urination [3] Although an overactive bladder poses no threat to overall health, it has been shown to reduce quality of life [4].

Furthermore, pumpkin seeds might provide dramatic relief for aging men suffering from urinary symptoms caused by benign prostatic hyperplasia, or an enlarged prostate. Researchers revealed that 53 men ages 50-80 taking a pumpkin seed extract containing mixture for three months produced an over 40% increase in urinary flow and a 30% reduction in nighttime urinary frequency compared with those taking a placebo [5].

One possible reason for pumpkin seeds LDL cholesterol lowering effects is due to its high concentration of phytosterols, plant compounds that inhibit cholesterol absorption in the small intestine [6]. Pumpkin seeds have the third highest phytosterol content among nuts and seeds commonly consumed as snacks [7].

While managing LDL cholesterol is often the focal point of many heart boosting regimens, research indicates that increasing HDL cholesterol might play an equally pivotal role in heart protection as higher levels have been associated with a decrease in cardiovascular disease risk [8].

Pumpkin seeds are a rich source of magnesium, phosphorous, and zinc, all overlooked minerals in optimizing bone health and preventing osteoporosis. Researchers at the University of Tennessee assessed the relationship between magnesium intake and bone mineral density, a major factor in the development of osteoporosis, in over 2,000 elderly men and women aged 70-79.

Researchers believe one possible mechanism for magnesium's beneficial effects is its ability to promote a more alkaline environment inside bones, which has shown to be conducive to boosting bone mineral density.

A study published in the Canadian Journal of Physiology and Pharmacology revealed that tryptophan, an amino acid abundant in pumpkin seeds, might help alleviate anxiety. Since tryptophan is converted to serotonin, a neurotransmitter that enhances mood and promotes well-being in the brain, researchers investigated whether consuming a tryptophan rich food could boost serotonin levels and reduce anxiety symptoms. They discovered that subjects with anxiety disorder who consumed tryptophan rich gourd seeds with carbohydrates before an anxiety test experienced greater improvements in subjective and objective measures on the Endler Multidimensional Anxiety Scale compared with those who consumed only carbohydrates [10].

With a remarkable assortment of health-enhancing nutrients, from magnesium, protein, niacin, and zinc, to its high concentration of tryptophan and essential fatty acids, pumpkin seeds provide a powerful health punch that offers protection against common health problems including cardiovascular-, bladder-, mood -, and bone health. While pumpkin seeds are synonymous with Halloween, consider incorporating these nutritional gems into your diet on a regular basis to reap their broad-spectrum health benefits.