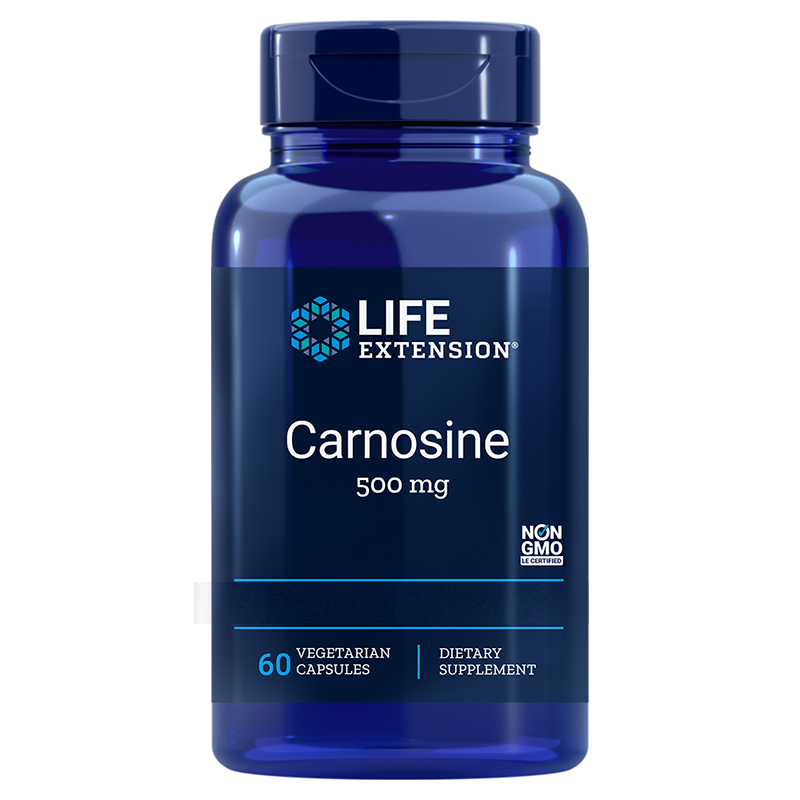 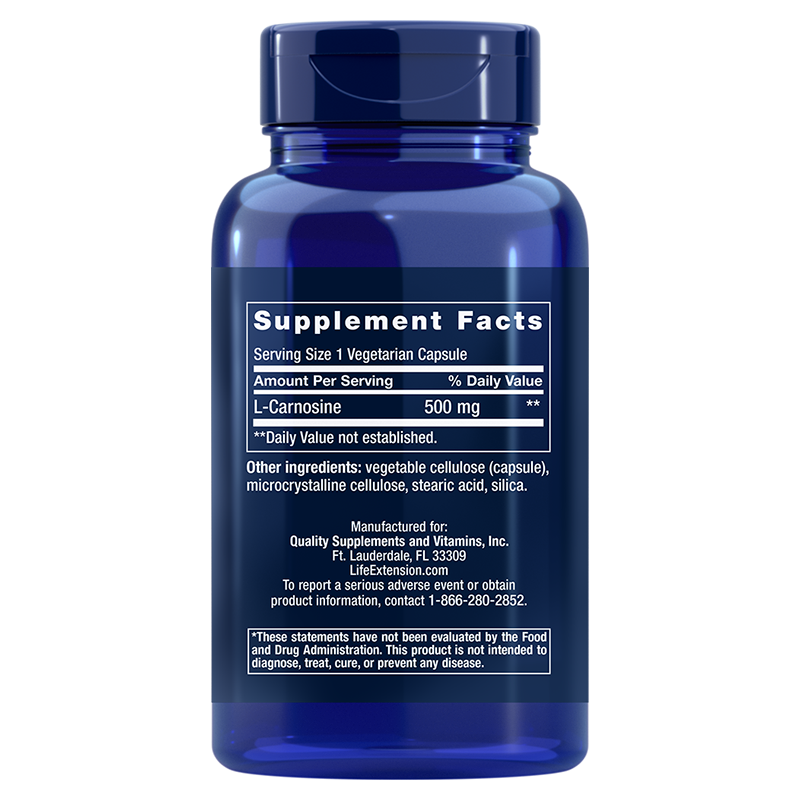 Carnosine is a natural antioxidant found in your body, as well as available through food. It is made of two amino acids, beta-alanine and L-histidine. Long-lived cells such as nerve cells (neurons) and muscle cells (myocytes) contain high levels of carnosine. The carnosine found in the muscle cells seems to assist in extending life-span in animals. Along with its antioxidant properties, carnosine has been shown to act as an anti-glycating agent.

This nutrient has the ability to suppress various aspects of ageing and, as a result, delay some of the age-related conditions. However, carnosine levels decline with age. As we age, muscle mass declines by more than 60% when we reach 70 years. Carnosine has been proven in scientific research to have a protective effect on the heart, allowing it to contract more efficiently. Aside from this remarkable capability, carnosine works towards boosting the repair of your muscles and speeds up cell recovery.

Ageing is also responsible for damage to your body’s proteins. One underlying mechanism behind this damage is glycation, which can also manifest as wrinkled skin. Due to glycation, humans experience age-related neurologic, vascular and eye problems, as well. In response, carnosine can interfere with the glycation process and diminish the consequences of above-mentioned problems.