Show all categories Bestsellers Back
NEW! Membrane Mend™ for cellular longevity and integrity, and energy 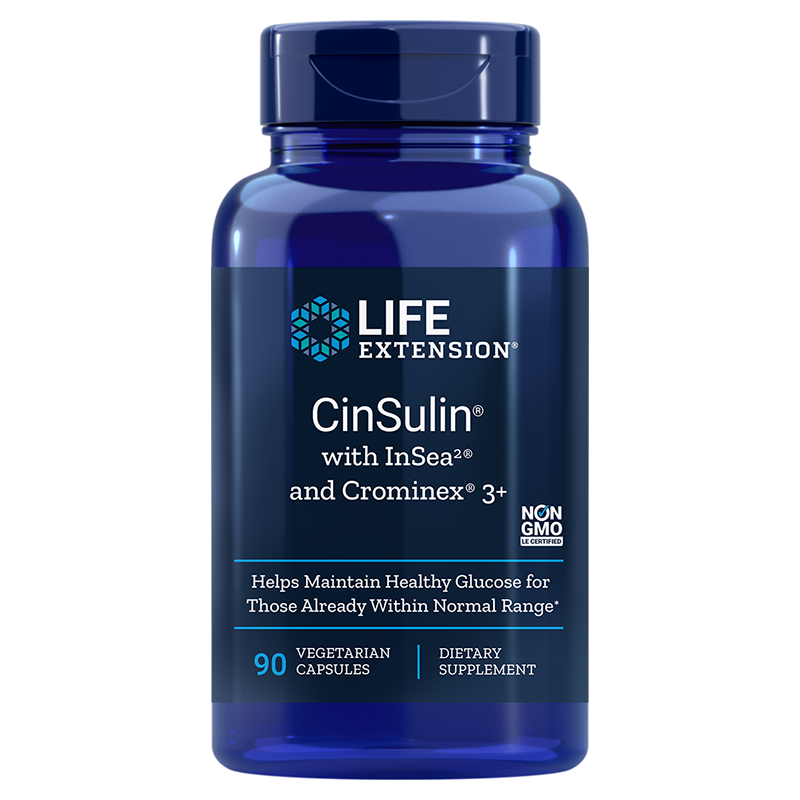 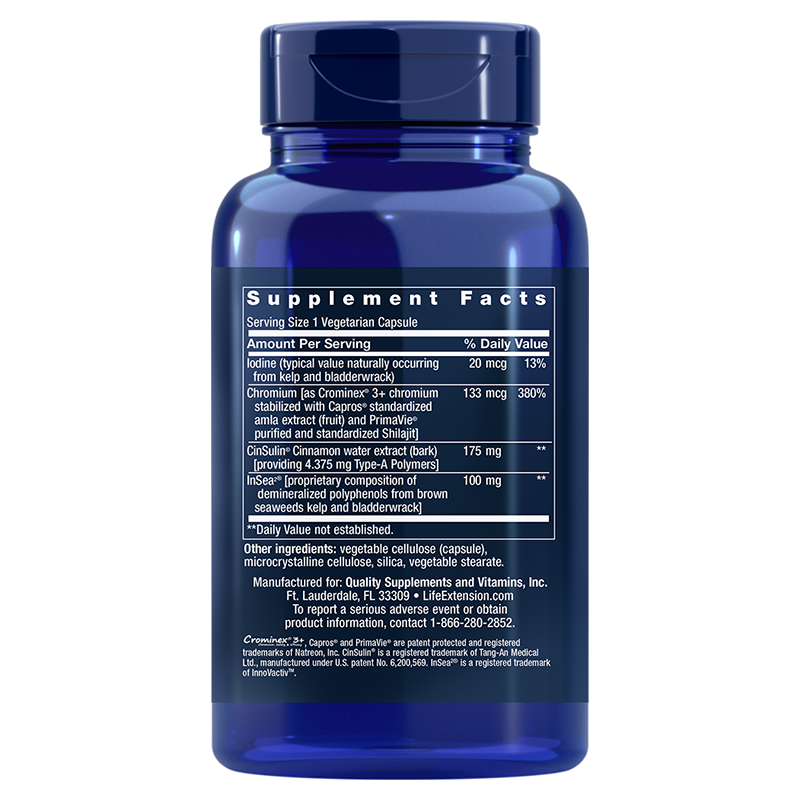 Item #01503 90 Vegetarian Capsules 1 per serving In Stock
CinSulin® with InSea2® and Crominex® 3+, 90 vegetarian capsules is a supplement/vitamin for you if you are interested in Glucose Management, Thyroid Health, Diet & Lifestyle, Weight Management, Running Sale
This product cannot be shipped to following countries:
Product details Supplement Facts Reference
Product details "CinSulin® with InSea2® and Crominex® 3+"

Many ageing people are exposed to excess glucose calories that can affect even those who are health-conscious. Life Extension offers an enhanced natural approach: CinSulin® with InSea2® and Crominex® 3+.

CinSulin® - Scientists worldwide are excited over a novel form of cinnamon that supports healthy glucose metabolism. Scientists at the US Department of Agriculture have been quietly studying it for more than a decade. The cinnamon extract contained in this CinSulin® formula has proven to experienced decline in fasting blood glucose after only two months. This novel cinnamon extract also produced a significant decrease in after-meal glucose spikes after ingestion of carbohydrates.

Cinnamon polyphenols have been found to assist in supporting healthy blood glucose and inhibit overconsumption. The bad news is that cinnamon naturally contains fat-soluble compounds, known as aldehydes. The good news is that Life Extension has identified a purified water-soluble cinnamon extract.

InSea2® - Researchers have long known of the many health benefits of seaweed extracts. Recently a form of seaweed extract, called InSea2®, has been discovered that blocks the action of glucosidase and amylase. They are enzymes that your body uses to break down carbohydrates into glucose, facilitating its transport into the bloodstream.

Crominex® 3+ - Long known for its role in maintaining healthy glucose metabolism, chromium has been optimised with Indian gooseberry extract and a form of the adap-togen shilajit. The name of this advanced chromium complex is Crominex® 3+, which helps to support:

Combined with CinSulin® and InSea2®, it creates an unrivalled formula that affords optimal support for healthy glucose metabolism in ageing individuals.