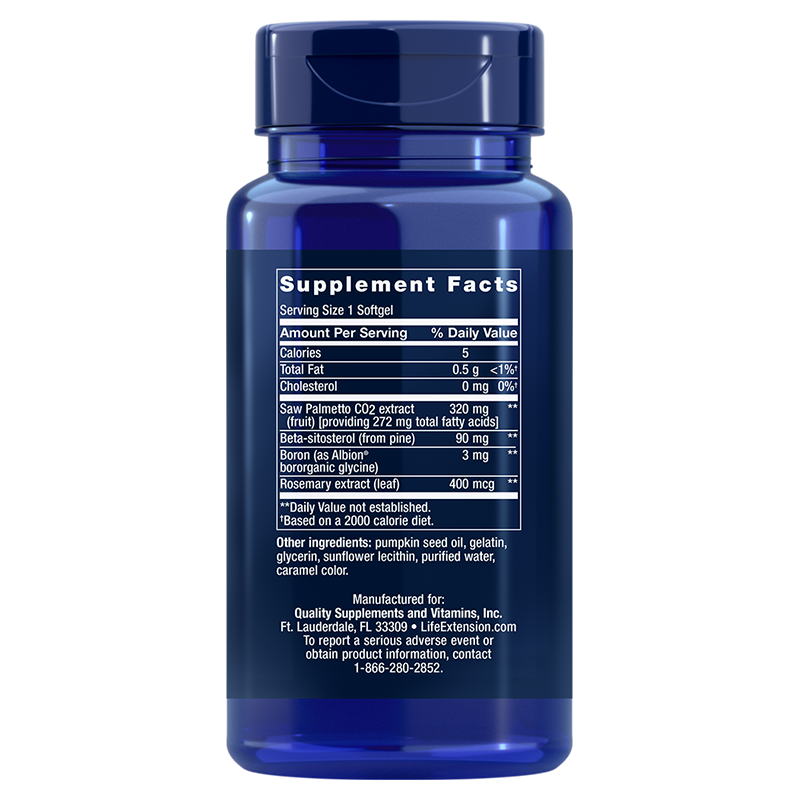 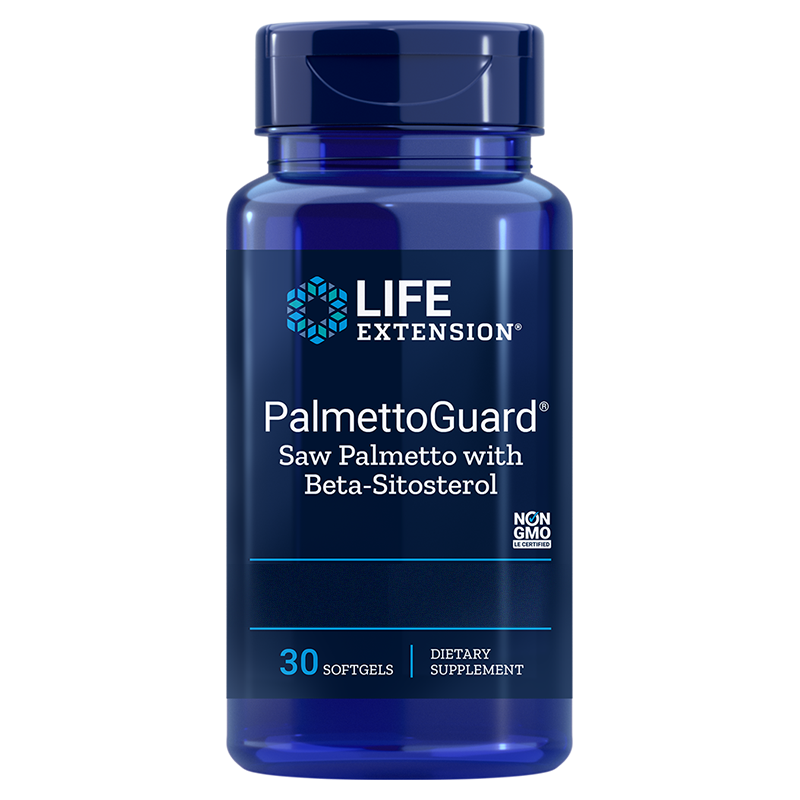 Berry extracts from Saw Palmetto can support a healthy prostate function in the aging male body.  see above

Many men will endure some form of prostate-induced discomfort over the course of their lifetimes [1,2]. Decades of research [3,4] substantiate saw palmetto as a key nutrient in contributing to normal prostate health.

The saw palmetto berry (Serenoa repens) is rich in bioactive, high-molecular-weight compounds including beta-sitosterol. It is from the saw palmetto berry, that the extracts found in PalmettoGuard Saw Palmetto with Beta-Sitosterol have been pulled. These have been shown to interfere with DHT (dihydrotestosterone) activity in the prostate thereby supporting normal urinary flow, and help regulate inflammatory response in the prostate gland [5-7].