Show all categories Energy Back

Support the growth of brand-new mitochondria 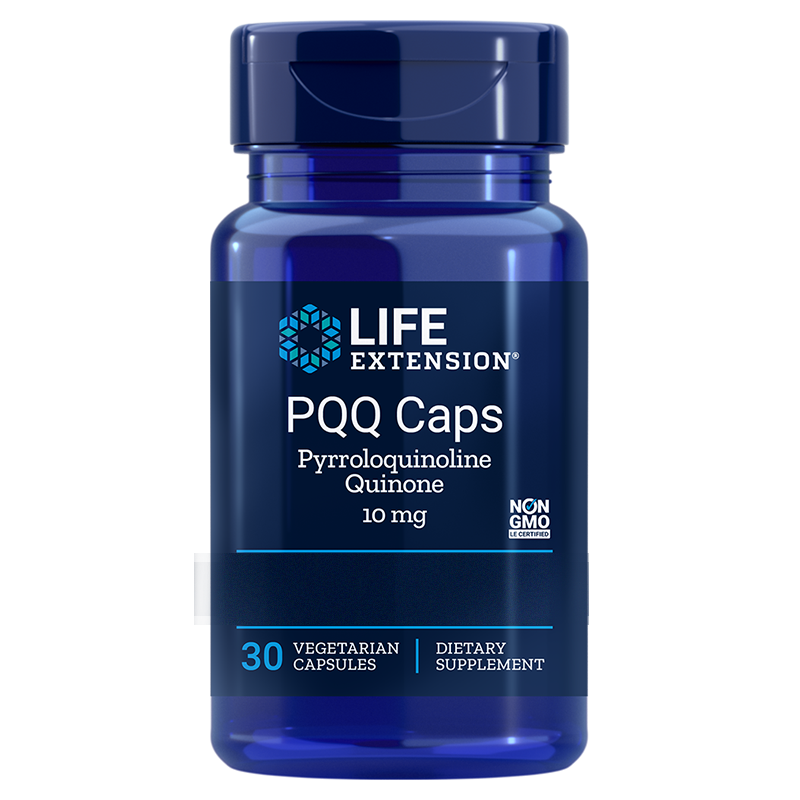 Support the growth of brand-new mitochondria

For you, if you are interested in promoting cellular energy for your entire body

The nutrients in PQQ Caps can:

PQQ (pyrroloquinoline quinone) is a nutrient that can't be naturally produced by your body. According to research, PQQ can support heart health and cognitive function, both, alone and in combination with CoQ10. This comes as no surprise, given how much energy these vital organs need.

Mitochondria are the energy factories of the human cells that lie behind every physiological process in your body. Their function is so crucial that a growing number of scientists believe mitochondrial longevity may determine overall health in humans.

Your mitochondria supply energy to the cells throughout your body. But as you age, your number of functional mitochondria declines. (1,2)

Diets based on low calories and exercise were until recently the only way to proliferate these power producers. PQQ is the alternative to these exhaustive solutions. Their activity that generates a lot of energy exposes them to damaging free radicals. Aging comes as result. PQQ can prevent it in three distinct ways:

When taken in combination with CoQ10, 20 mg of PQQ per day has proven to sustain memory, attention and cognition. Lower doses of PQQ (10 mg or less) can be just as effective for producing energy in the cells. (8-13)