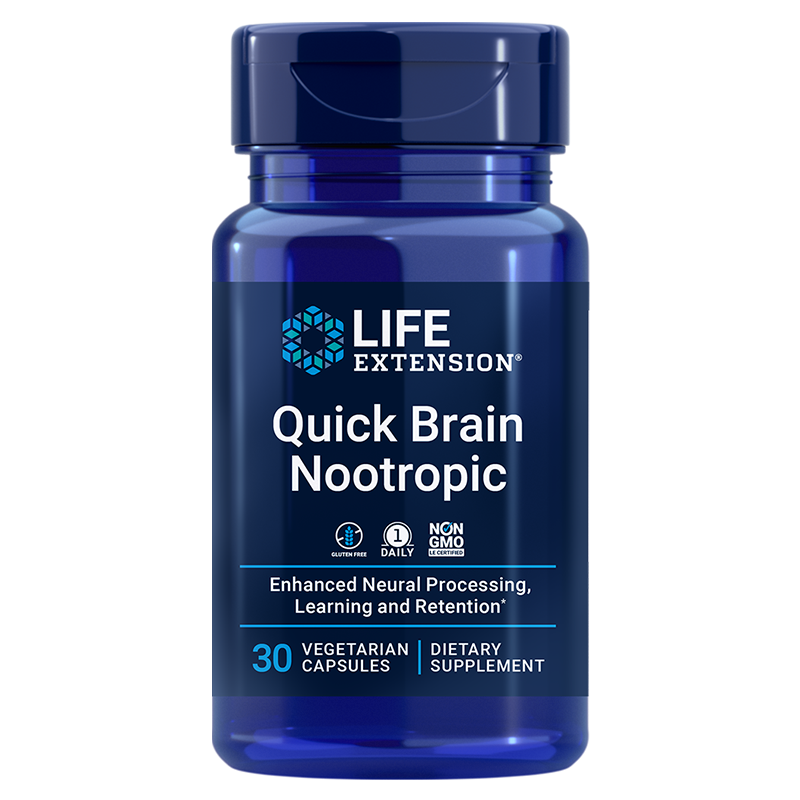 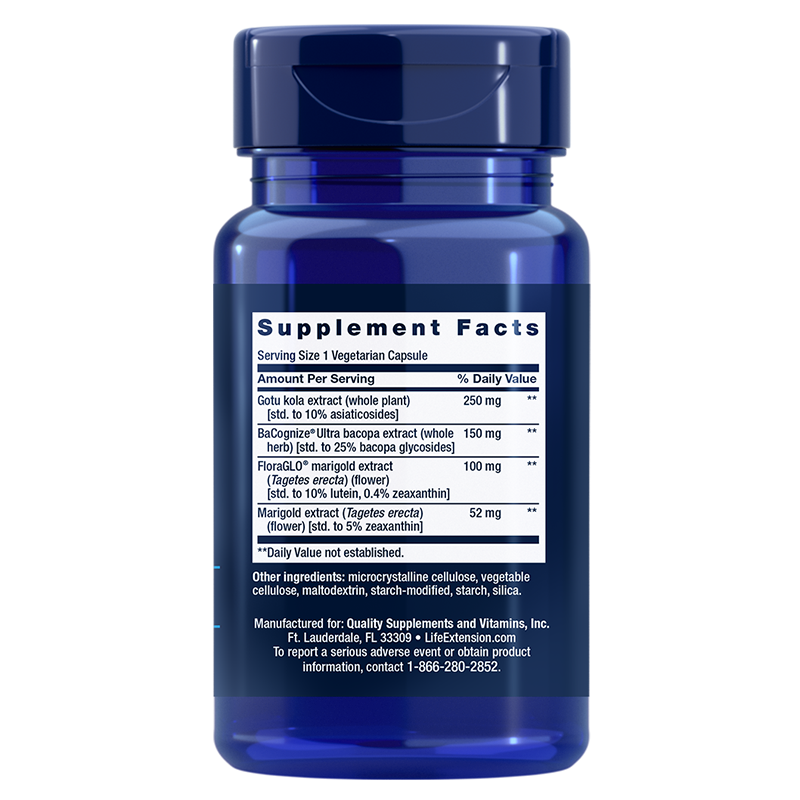 For you, if you are looking to support the agile mind in everyday life

The active ingredients in Quick Brain Nootropic can:

We’ve all heard the term “think fast.” But what does that mean? Well, there are measurable processes in your brain that govern retention, recall and processing—and the right nutrients can support them all.

Lutein and zeaxanthin are carotenoid compounds found in high concentrations in the maculaof your eye. In fact, measuring lutein and zeaxanthin levels in your eye is an excellent indicator of how much of these beneficial nutrients are present in your brain. That’s important because new research indicates these carotenoid compounds encourage quick thinking, memory, and cognitive function.

Because they are heavily concentrated in macular pigment, lutein and zeaxanthin are associated with eye health—but they are also found in the brain. This is significant because three, year-long, independent studies indicate that these carotenoids can also encourage improved spatial memory, reasoning skills and complex attention scores.1-3

These positive cognitive results appeared regardless of age: healthy older adults taking lutein and zeaxanthin saw increased measurements of their ability to filter out irrelevant information while multitasking—as well as increased activity in the left prefrontal area of the brain involved in understanding verbal information, forming long-term memories, focusing on challenges and more.1,2

Gotu kola has been the subject of extensive research. 11 different studies showed that C. asiatica can help improve both alertness and mood health.5 However, it’s important to understand that traditional gotu kola extracts aren’t standardized—and this makes a big difference when you look at the results.

Bacopa monnieri extract is a very popular study aid, and for good reason. In one study, a group that ranged between 18 and 60 years old were given bacopa, daily. After only three months they began processing visual information faster, had better learning rates and easier memory consolidation—and even reported worrying less.7

BACOGNIZE® ULTRA is a registered trademark of Verdure Sciences, Inc.

FloraGLO® is a registered trademark of Kemin Industries, Inc.