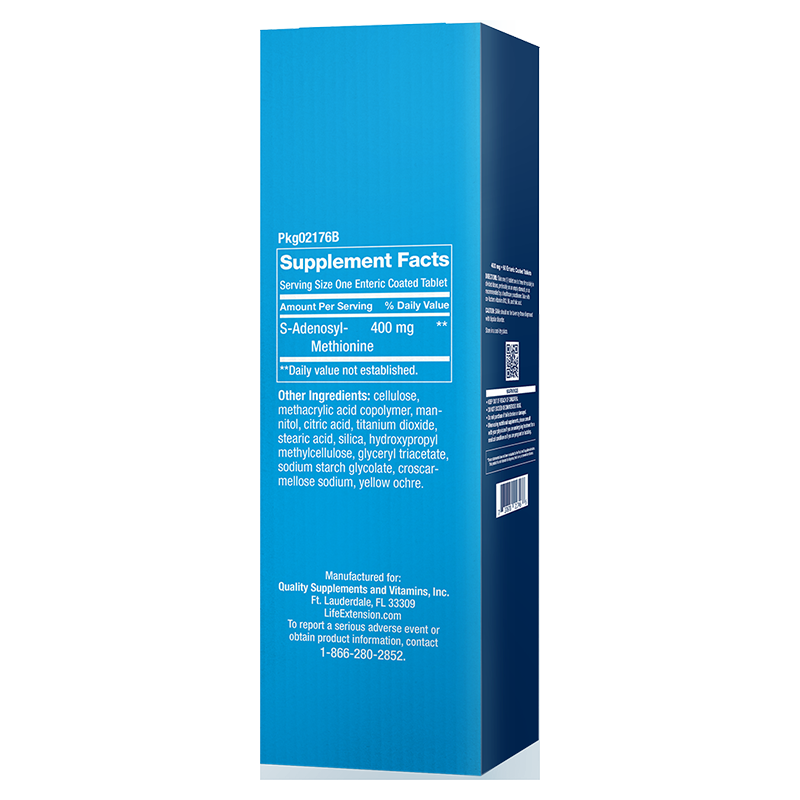 For you, if you are interested in overcoming deficiency of the amino acid derivative SAMe

The nutrients in SAMe can:

SAMe occurs naturally in your body, and it is a major methyl donor in the synthesis of hormones, nucleic acids, proteins, phospholipids, and more. The leves may decrease due to sickness and age.

SAMe (S-adenosyl-methionine) is an amino acid derivative used by your body in three important pathways:

SAMe occurs naturally in your body and is concentrated in the liver and brain. It is a major methyl donor in the synthesis of hormones, nucleic acids, proteins and phospholipids.

SAMe is also required for the synthesis of norepinephrine, dopamine and serotonin, and plays a role in other intracellular metabolic pathways.

SAMe facilitates glutathione usage and maintains acetylcholine levels. That, in turn, helps to enhance or maintain cognitive function and attenuate or prevent aggression of ageing and neurodegeneration.

SAMe levels may decrease due to sickness and age. Its supplementation with the co-factors, folate, trimethylglycine (TMG or betaine), vitamins B6 and B12 appears to be an effective method to overcome this deficiency.

There is evidence that SAMe assists in keeping cell membranes fluid and to make the neurotransmitter acetylcholine in your brain.

Findings have proven the efficacy of SAMe in helping to maintain stable mood and joint function without any side effects. SAMe addresses multiple problems that people face as they grow older, such as joint discomfort and immobilisation.

In addition, it has multiple mechanisms of action that are used throughout the body, especially in the liver, which help maintain liver health. When liver function is compromised, glutathione is depleted, which leads to free radical damage.