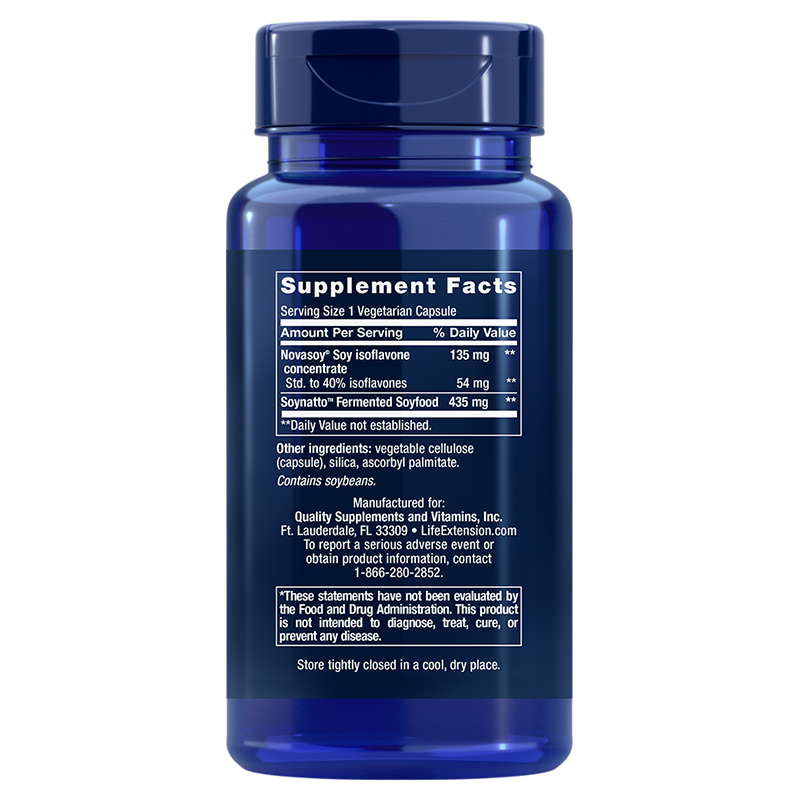 The active ingredients in Super Absorbable Soy Isoflavones can:

Soy isoflavones, such as genistein, have been proven to have many beneficial effects. According to studies, individuals who consume more soy can enjoy healthier cell biological function and proliferation.

Genistein is one of the three major soybean isoflavones, along with daidzein and glycitein. They exert oestrogenic or anti-estrogenic effects, depending on the tissue in which they are acting.

Being called phytoestrogens, they also have non-hormonal effects and help to stimulate bone formation. Other constituents of soy revealed beneficial effects, which explain the longevity of Asian populations that have soy-enriched diets.

In response to increasing evidence of the cell-protective effects of other soy constituents, soy extract standardised to isoflavones plus fermented soyfood (Natto) was created. Natto enhances isoflavone absorption and provides other nutrients from the fermentation process.

As a result, only one capsule of Super Absorbable Soy Isoflavones may be required per day. The non-GMO Soynatto used in this formula is produced by a yeast fermentation process. Japanese researchers have found that cultured broth from yeast helps to promote healthy cell function and proliferation.