A combination of four forms of K2 plus K1 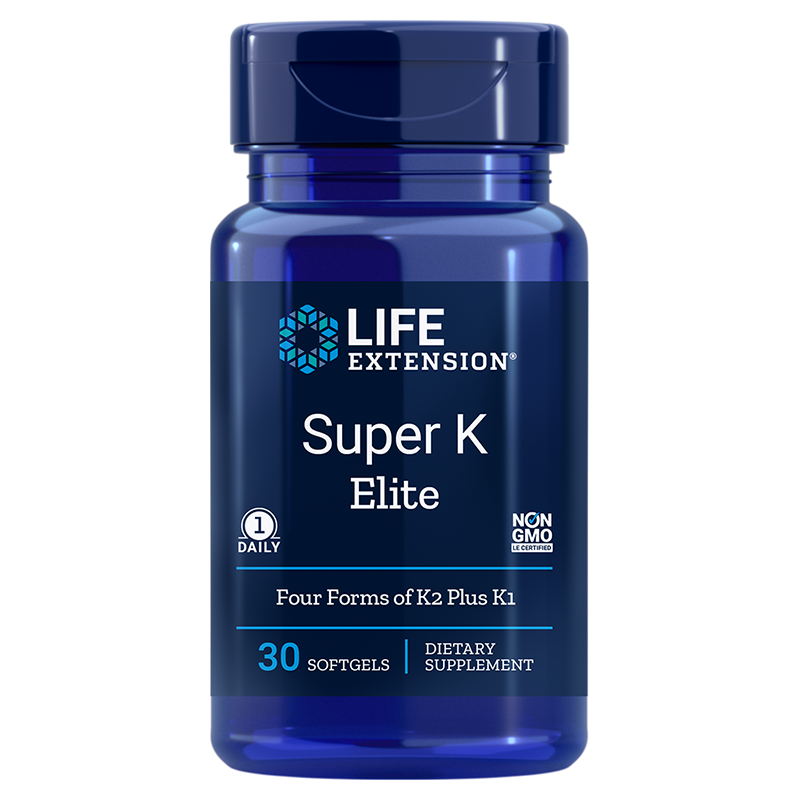 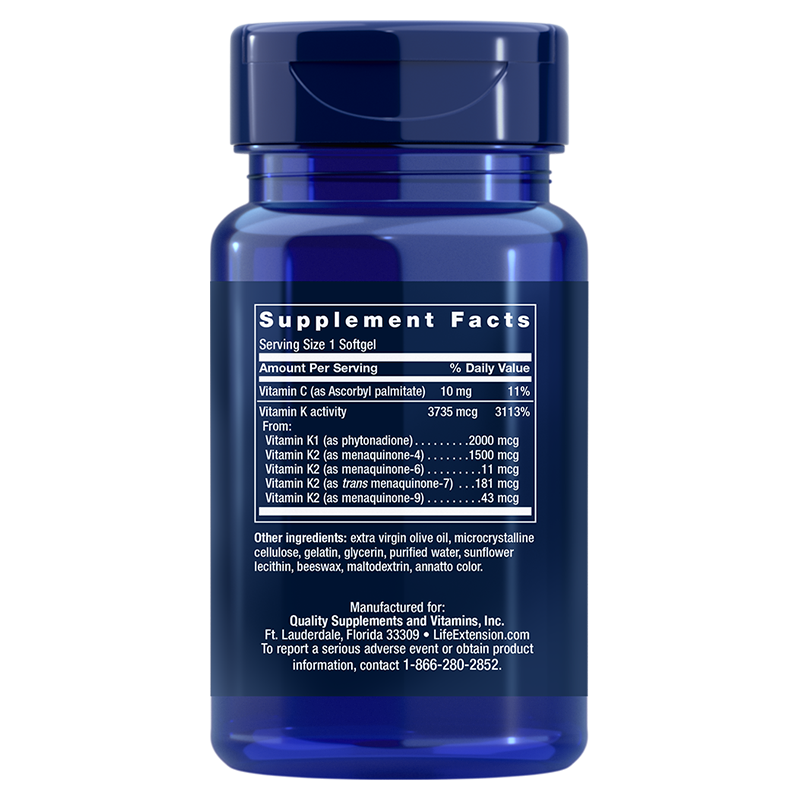 A combination of four forms of K2 plus K1

For you, if you are looking for our most potent vitamin K formula

Vitamin K is the vitamin of choice for customers looking to support arterial health and strong bones [1]. Containing both vitamin K1 and no less than four different forms of vitamin K2 (MK-4, MK-6, MK-7, and MK-9), Super K Elite is easily our most complete vitamin K supplement ever.

Vitamin K is not just a single vitamin. In fact, there are several different types of vitamin K, which all support different aspects of your health, from arterial health to bone health. Super K Elite delivers an unparalleled variety of vitamin K forms found in nature.

Coming in clinically studied doses, the Super K Elite formula is crafted and designed to give you the optimum health benefits that the powerful K vitamins provide.

As you age, the arteries can become increasingly calcified. Another natural consequence of aging is also that the bones in the body may grow increasingly brittle. Vitamin K, however, offers a natural approach to countering these health issues.

The many forms of vitamins known collectively as vitamin K have an impressive ability to both help inhibit calcification of the arteries and support the absorption of calcium into your bones, keeping them strong and healthy [1,2]. That way, K vitamin also supports a healthy calcium balance in your body.

The different K vitamin types in the Super K Elite formula have all been studied scientifically:

Menaquinones are a sub-form of the vitamin K2 family. Mostly derived from high-fat foods [4,5], the vitamin K2 forms known as MK-4, MK-6, MK-7 and MK-9 are known for supporting bone, heart and arterial health [6].

Moreover, in a clinical study, MK-4 has also been found to promote arterial health and healthy bone density [9, 10] at a dosage of 1500 mcg - the same amount included in this formula [10].

MK-7, or trans-MK-7 has also been shown to help maintain bone strength and arterial flexibility [11, 12]. In one double-blind, placebo-controlled study, 181 mcg of trans-MK-7 promoted bone and cardiovascular health [12, 13]. This dosage of MK-7 is exactly the same as is found in the Super K Elite formula.

If you are taking anti-coagulant or anti-platelet medications, or have a bleeding disorder, consult with your healthcare provider before taking this product.