Show all categories Coenzyme Q10 Back 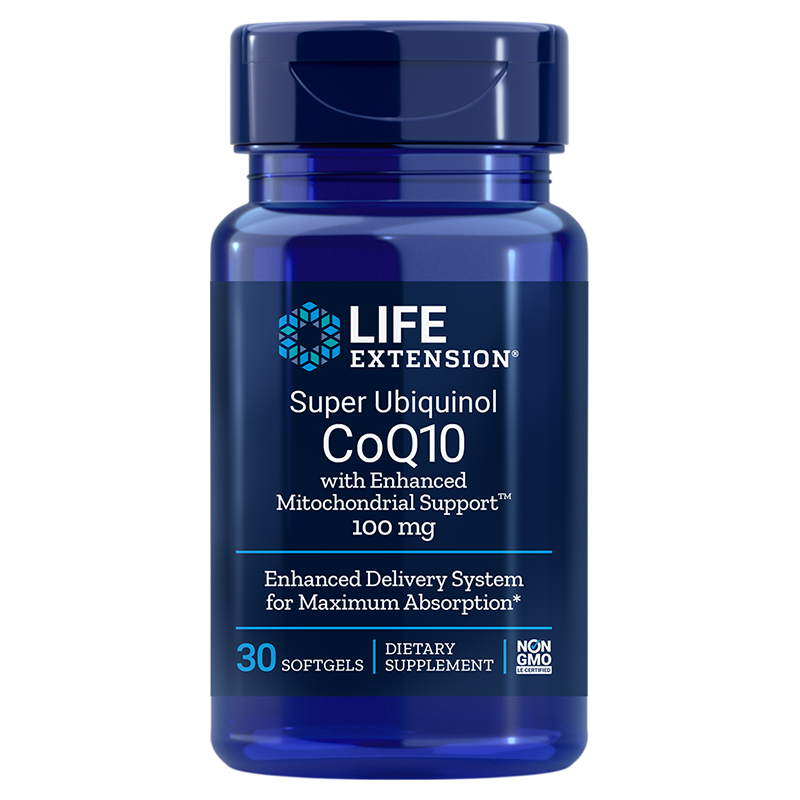 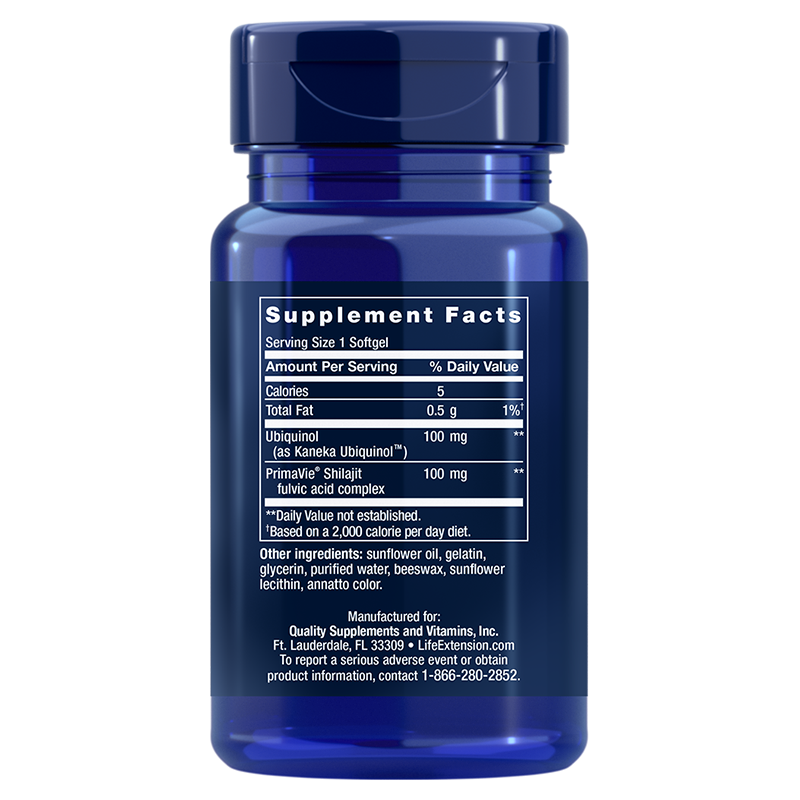 Ubiquinol CoQ10 and Shilajit can with its enhanced absorption formula support mitochondria for cellular energy production and promote heart-, brain-, and kidney health.

CoQ10 and Shilajit found in Super Ubiquinol CoQ10 with Enhanced Mitochondrial Support can help support cellular energy production by supporting the mitochondria, the “powerhouse” of the cell.  It can also contribute to maintaining normal heart-, brain-, and kidney-health as well as that of other cells. The formula has been designed for enhanced absorption of CoQ10 in the body.

CoQ10 is required to play an important role in maintaining normal cell energy production levels, as it converts fats and sugars into energy which is used for all cells in your body. Sustaining adequate levels of CoQ10 is therefore crucial as t the body's production of CoQ10 declines significantly with advancing age [1]. Ubiquinol CoQ10 is used in this formula because it absorbs up to 8 times better than ubiquinone CoQ10.

CoQ10 has been shown to have powerful antioxidant properties. It can protect important proteins [4] and mitochondrial DNA [2] from oxidative damage [1].

Research done with middle-aged mice showed that ubiquinol was shown to be 40% more effective in slowing measurements of aging, compared to ubiquinone [5]. A combination of CoQ10 and shilajit showed a 56% increase in energy production in the brain, so 40% better than CoQ10 alone. Additionally, it was shown that a 144% increase in energy production muscle cells, so 27% better than CoQ10 alone [6].