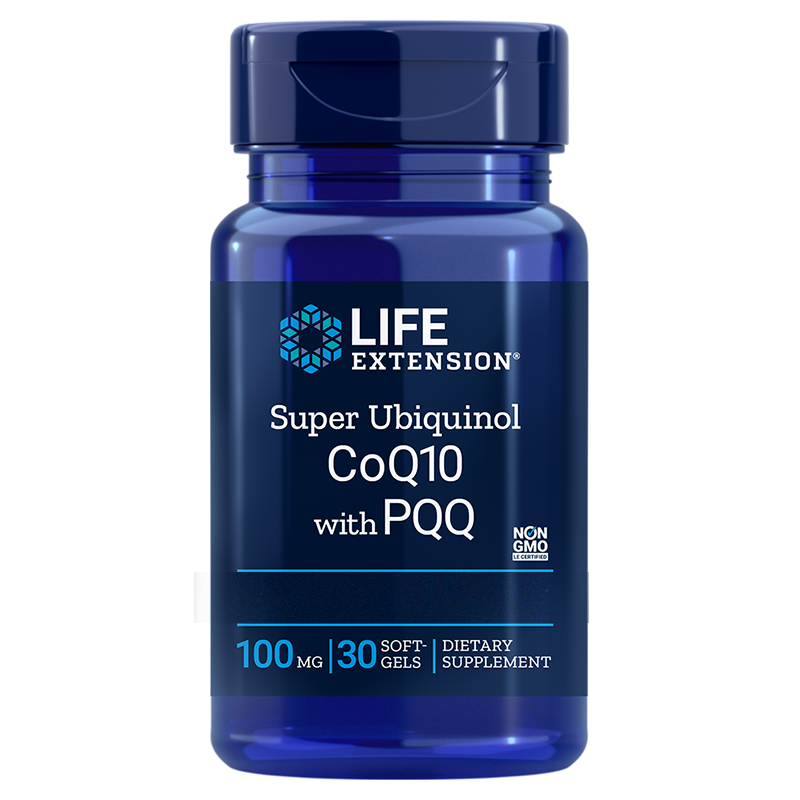 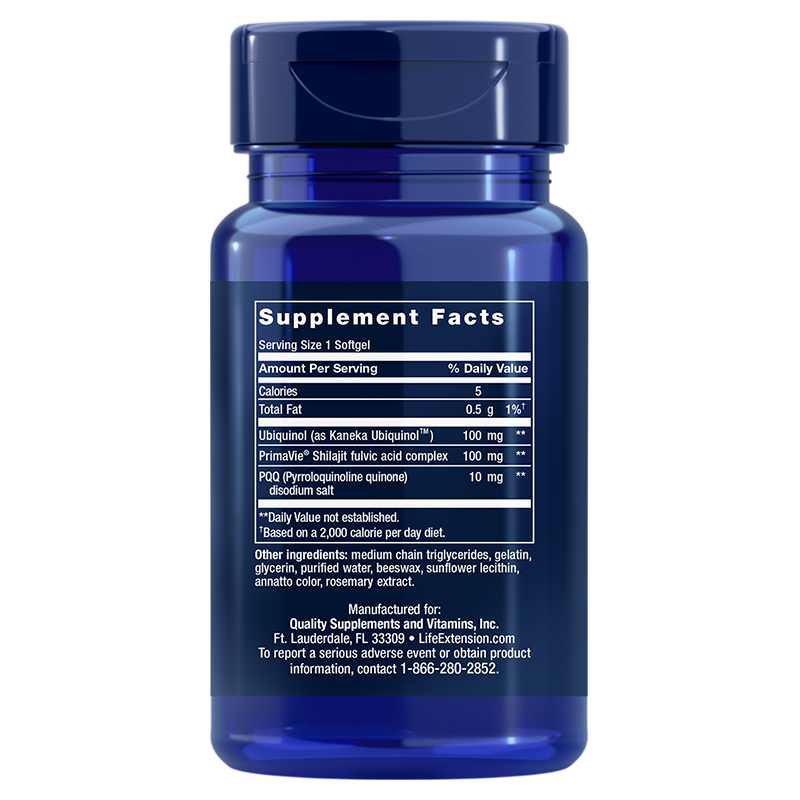 For you, if you are interested in key nutrients that boost energy production at the cellular level

The powerful nutrients in Super Ubiquinol CoQ10 with BioPQQ can:

CoQ10 is required to convert fats and sugars into energy which is useful for cells. That’s why Life Extension has developed Super Ubiquinol CoQ10 with BioPQQ which contains three key nutrients to support energy production at the cellular level: easily-absorbable ubiquinol CoQ10, PQQ, shilajit.

The support for cellular energy that these three nutrients provide can benefit your heart, brain, kidneys as well as all other cells in your body requiring high levels of energy to function properly.

CoQ10 is required to play an important role in maintaining normal cell energy production levels, as it convert fats and sugars into energy which is useful for all cells in your body.

Sustaining adequate levels of CoQ10 is therefore crucial as t the body's production of CoQ10 declines significantly with advancing age [1]. Ubiquinol CoQ10 is used in this formula, because it absorbs up to 8 times better than ubiquinone CoQ10.

PrimaVie® shilajit is a nutrient that was presented to double levels of CoQ10 in mitochondria [3]. A combination of CoQ10 and shilajit showed a 56% increase in energy production in the brain, which is 40% better than when CoQ10 operates alone.

Additionally, a 144% increase in energy production in the muscle cells was also shown, which is 27% better than when CoQ10 was operating alone [4].

Shilajit stabilizes CoQ10 in its superior ubiquinol form [5,6] It also plays a role to facilitate delivery of CoQ10 into the mitochondria resulting in greater cellular energy production [7-10].

Furthermore, shilajit is rich in compounds that has an ability to help the mitochondria convert fats and sugars into adenosine triphosphate (ATP). ATP is known as the body's main source of energy [8].