Show all categories Women’s health Back
NEW! Membrane Mend™ for cellular longevity and integrity, and energy 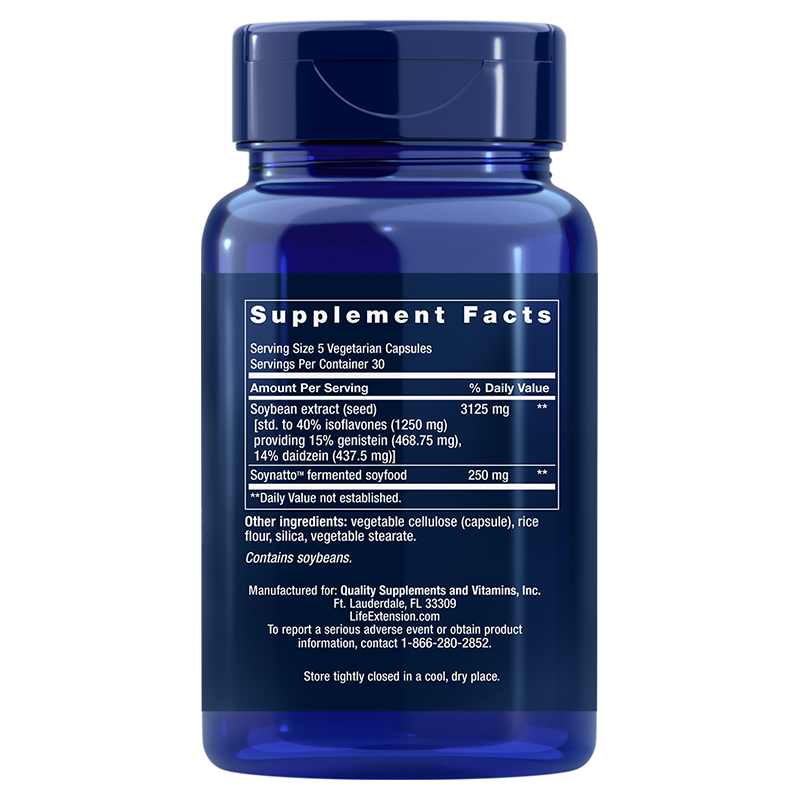 The three major isoflavones found in soybeans are genistein, daidzein, and glycitein. Other isoflavones found in soy include diadzin, glycitein, glycitin. Soy isoflavones exert both estrogenic and anti-estrogenic effects, depending on the tissue in which they are acting. They are structurally similar to 17-estradiol, a mammalian oestrogen, and are thus called phytoestrogens. They also have non-hormonal effects, including signal transduction and antioxidant activity. Soy isoflavones may inhibit bone resorption and help stimulate bone formation, without the side effects of hormone replacement therapy.

In recent years there has been an increase in the number of basic science, clinical, and nutritional studies investigating the potential health effects of phytoestrogens. Genistein is the most abundant phytoestrogen, derived almost entirely from soybeans, and is considered to be the most biologically active. The beneficial effects of genistein and other soy isoflavones have been shown in numerous published studies. They revealed that those who consume the biggest amount of soy maintain healthier cell biological function and proliferation, which explains the longevity of Asian populations that have soy-enriched diets.

Suggested daily intake is five (5) capsules with food or as directed by a medical practitioner.

The genistein in soy can interfere with the ability of radiation to kill cancer cells, though there are contradictory studies on this issue. When undergoing treatment for cancer, please, consult your medical practitioner before using this product.