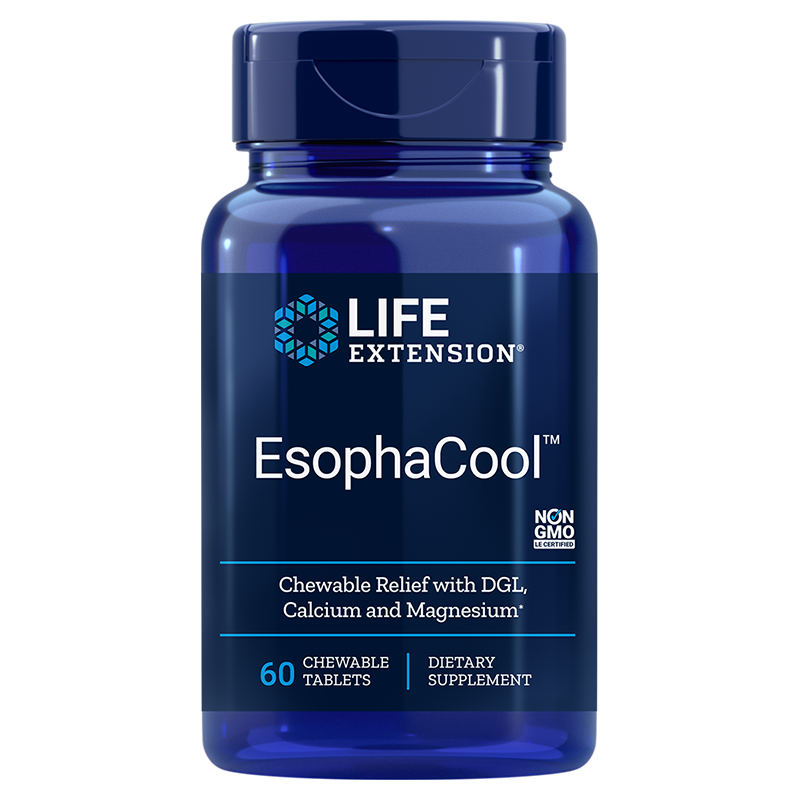 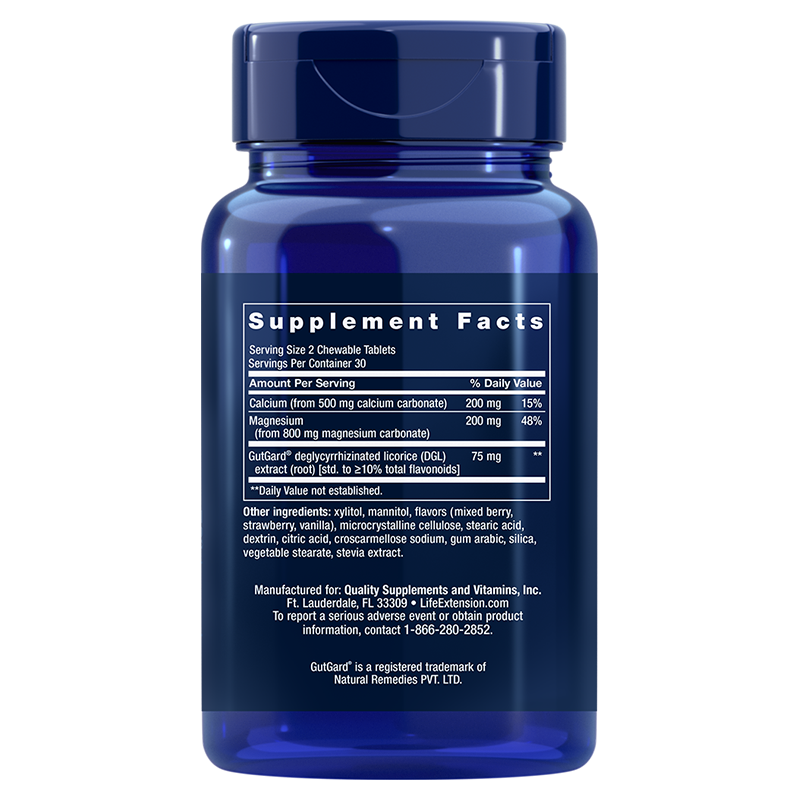 Item #02033 60 Chewable Tablets 2 per serving In Stock
EsophaCool™, 60 chewable tablets is a supplement/vitamin for you if you are interested in Digestion Support
Free Shipping

A large number of adults experience gastrointestinal discomfort caused by stomach acid rising into the poorly protected esophagus as well as inflammatory processes in the esophagus itself. Many conventional regimens can disrupt healthy digestion, inhibit the production of stomach acid, and lead to deficiencies of nutrients such as magnesium.

Focusing on the esophagus, not the stomach

With three complementary ingredients, EsophaCool neutralizes acid in the esophagus but leaves digestive acid production in the stomach alone. In addition, the formula promotes a healthy muscle tone in the esophagus to help reduce digestive discomfort, and encourages a healthy esophageal inflammatory response.

Calcium carbonate promotes a healthy ph balance in the esophagus, without lowering gastric acidity significantly. When chewed, rather than swallowed, calcium carbonate has minimum effect on stomach acid, which allows that acid to do play its important role in digestion undisturbed. Research indicates, that chewable calcium also supports the muslce movement of swallowing and helps to block the backwards flow of fluid from the stomach. Magnesium carbonate adds further support for esophageal comfort and provides supplementary magnesium to the body.

GutGard® DGL deglycyrrhizinated licorice root extract eases gastric discomfort in the esophagus by inhibiting the production of pro-inflammatory factors such as leukotrienes, prostaglandins, and interleukins. Licorice has also been shown to raise the production of protective mucous, which serves as a barrier between the delicate lining of the esophagus and the acid stomach contents.

This unique, natural on-the-go formula provides fast-acting relief from gastric discomfort. So be sure to have EsophaCool chewable tablets handy for your next meal

We detect that you may be browsing from Greece.