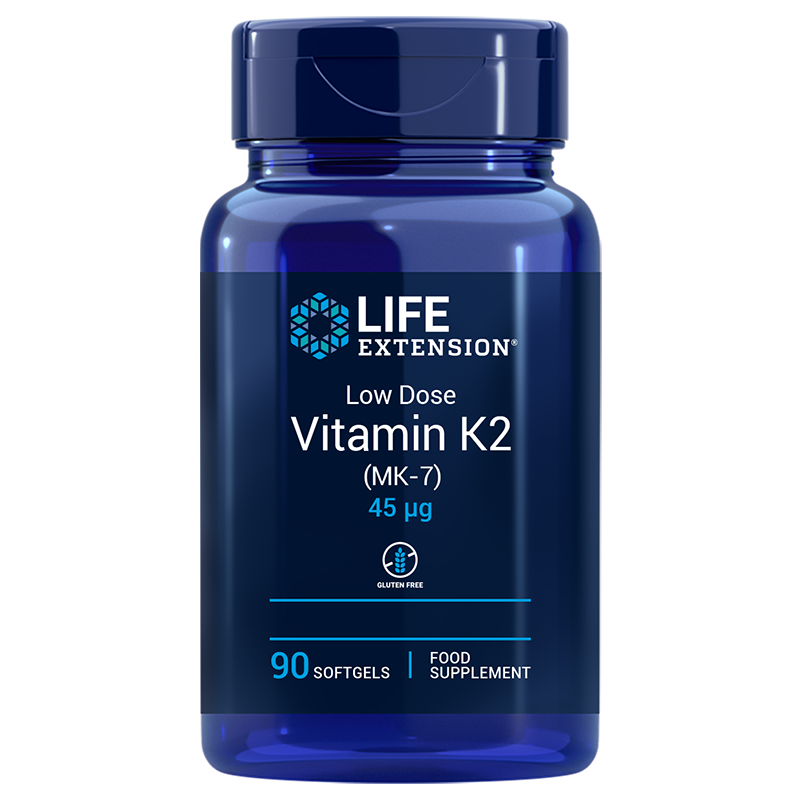 For you, if you are interested in improving your cardiovascular, arterial, and bones health

The ingredients in Low-Dose Vitamin K2 can:

Vitamin K2 is also vital in transporting calcium from the bloodstream into the bone, thereby helping to maintain normal bone density.

Calcification of the arteries can be a natural consequence of the aging process. Luckily, Vitamin K can contribute to counter this phenomenon.

Without adequate vitamin K levels, calcium in the blood can bind to the arterial wall resulting in calcification [6,7]. As people age, even a minor deficiency of vitamin K can pose risks to the vascular system.

An abundance of clinical data also reveals that vitamin K plays a role in maintaining normal and healthy bone density; Vitamin K helps this by facilitating the transport of calcium from the bloodstream into the bones [1-5].

Human clinical studies report that vitamin K has an important role to maintain healthy bone density. This is done by facilitating the transport of calcium from the bloodstream into the bone [1-5]. Matrix Gla-protein (MGP) is a vitamin K-dependent protein and has to be carboxylated to work effectively.

Insufficient vitamin K in our body can lead the calcium in the blood to bind to the arterial wall resulting in calcification of the arteries [6,7].

Researchers in Rotterdam conducted a large clinical trial study on heart health, about vitamin K2. 4,800 study participants were enrolled in the seven-year-long study. Study participants who received the highest amount of vitamin K2 in their diet experienced better cardiovascular condition [12].

Animal studies report that proper intake of vitamin K can block the progress of further calcium accumulation. Furthermore, it was also shown to trigger up to 37% regression of preformed arterial calcification [13,14].

Take one (1) softgel daily with food.

If you are taking Warfarin (Coumadin®) or related medications, consult your healthcare provider before taking this product. Excessive consumption may produce laxative effects.

Do not exceed recommended daily dose.

Consult with your physician if you are undergoing treatment for a medical condition or if you are pregnant or lactating.