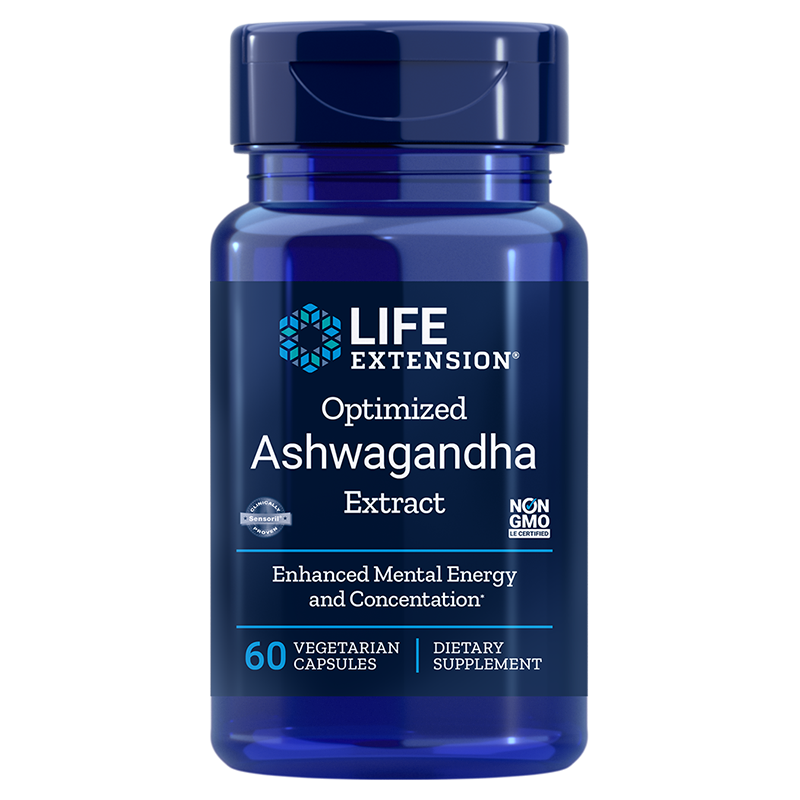 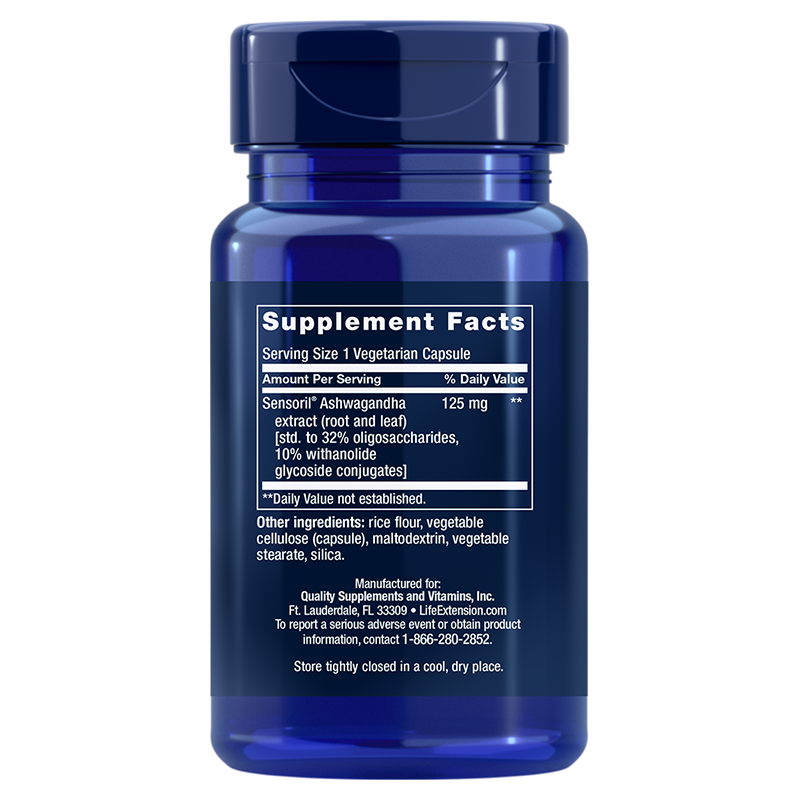 For you, if you are interested in a strong antioxidant with many health benefits

The active ingredients in Optimized Ashwagandha Extract can:

Ashwagandha can counter stress and has neuroprotective health benefits. Moreover, Ashwagandha is an antioxidant that can seek out and annihilate free radicals, that cause oxidative stress and play a role in premature aging.

Chronic stress is tough on both our bodies and minds. Many degenerative diseases and premature aging, are associated with chronic nervous tension [1]. Ashwagandha is an exotic Indian herb which has demonstrated calming and neuroprotective effects.

Scientific studies have supported ashwagandha’s ability to relieve stress and to protect brain cells against the harming effects that stressful modern living can impose on our minds [1].

Furthermore, ashwagandha also has powerful antioxidant properties that seek and destroy the free radicals that have been implicated in aging. Interestingly, scientists have discovered that it can counter some of the oxidative damage generated by nervous tension [2].

Therefore, ashwagandha is believed to confer improvements in well-being and a healthy outlook in humans [3,4]. Scientists have also found that ashwagandha can support regeneration of axons and dendrites, nerve cell components that support nervous system function [6].

Ashwagandha, also called as Withania somnifera, is an important Ayurvedic medicinal herb, which has been used in India for stress relief for hundreds of years.

Ashwagandha has been demonstrated to confer neuroprotection [7]. Scientists have found that this Ashwagandha plays a role in improving neurological function in the face of stress [7].

A clinical trial found that ashwagandha diminished levels of the stress hormone cortisol by up to 26%. It also maintained already normal blood sugar levels and lipid profiles.

Study participants who received the standardized ashwagandha extract reported improvements in energy, sleep and well-being, as well as reduced fatigue [8].

Take one (1) capsule twice per day on an empty stomach, or as directed by a healthcare practitioner.