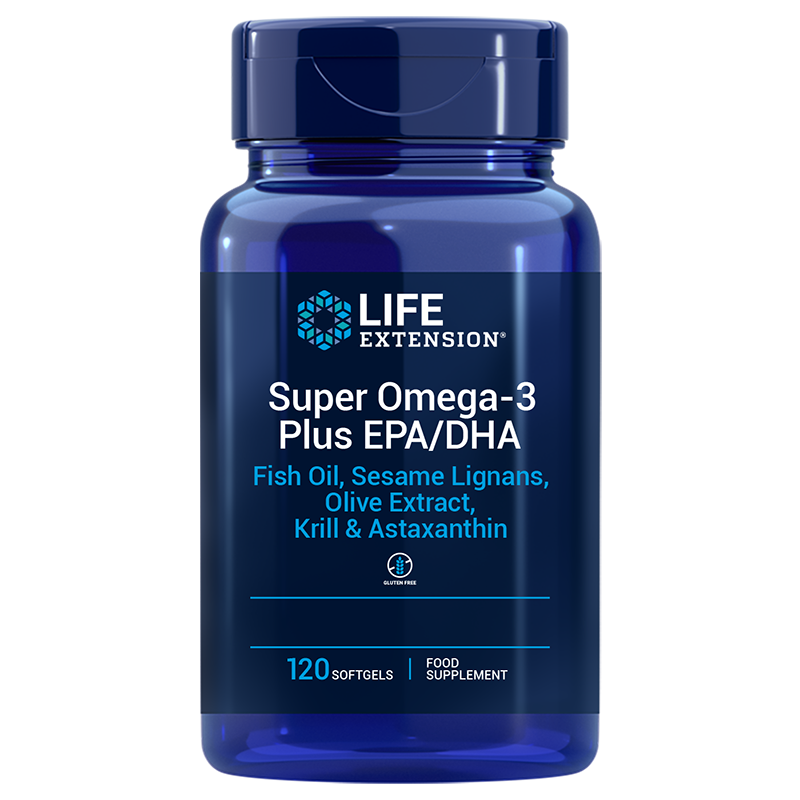 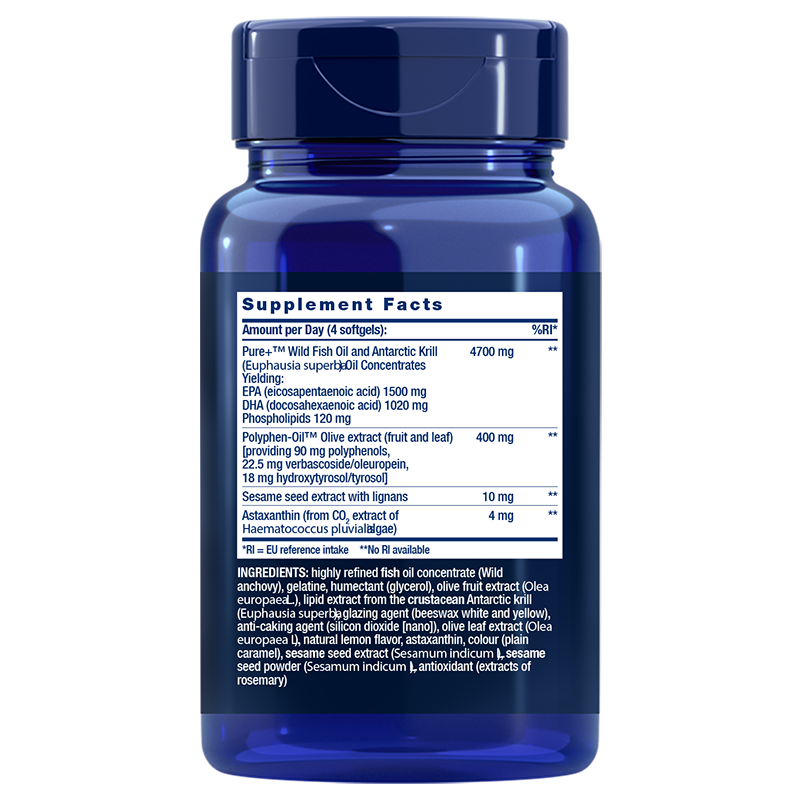 Item #01988EU 120 Softgels 2 per serving Out of stock - Unknown restock time
We recommend SKU #01988 Super Omega-3 Plus EPA/DHA Fish Oil, Sesame, Olive, Krill & Astax. until this product is back in stock

For you, if you want exceptional fresh and potent fish oil from a certified-sustainable fishery

The ingredients in Super Omega-3 Plus EPA/DHA with Sesame Lignans, Olive Extract, Krill & Astaxanthin can:

Omega-3 acids and DHA in Super Omega-3 Plus EPA/DHA with Sesame Lignans, Olive Extract, Krill & Astaxanthin can support your cardiovascular system and brain.

Furthermore, the fish oil used in this product has been gently purified by a proprietary process to rule out contamination with environmental pollutants.

Researchers have long known the benefits of the omega-3 fatty acids, which are abundant in the Mediterranean diet. Now, however, a new branch of research has surprisingly shown that omega-3 fatty acids from different sources can have complementary benefits throughout the body.

Super Omega-3 Plus EPA/DHA with Sesame Lignans, Olive Extract, Krill & Astaxanthin provides the body with omega-3 fatty acids from krill- and fish oil, which together can provide enhanced support for your cardiovascular system as well as your brain - all in a single softgel.

Furthermore, this product also contains astaxanthin, which is a powerful antioxidant carotenoid that has been shown to control free radical activity and boost mitochondrial function [4]. Astaxanthin may help support joint, DNA, brain, the cardiovascular system, the immune system and mitochondrial health.

Astaxanthin found in the Super Omega-3 Plus EPA/DHA with Sesame Lignans, Olive Extract, Krill & Astaxanthin is a powerful antioxidant carotenoid which is naturally present in krill oil. Astaxanthin has been shown to play a role in controlling free radical activity and increasing mitochondrial function [3].

If you are taking anticoagulant or antiplatelet medications, or have a bleeding disorder, consult your healthcare provider before taking this product.

Do not exceed recommended daily dose.