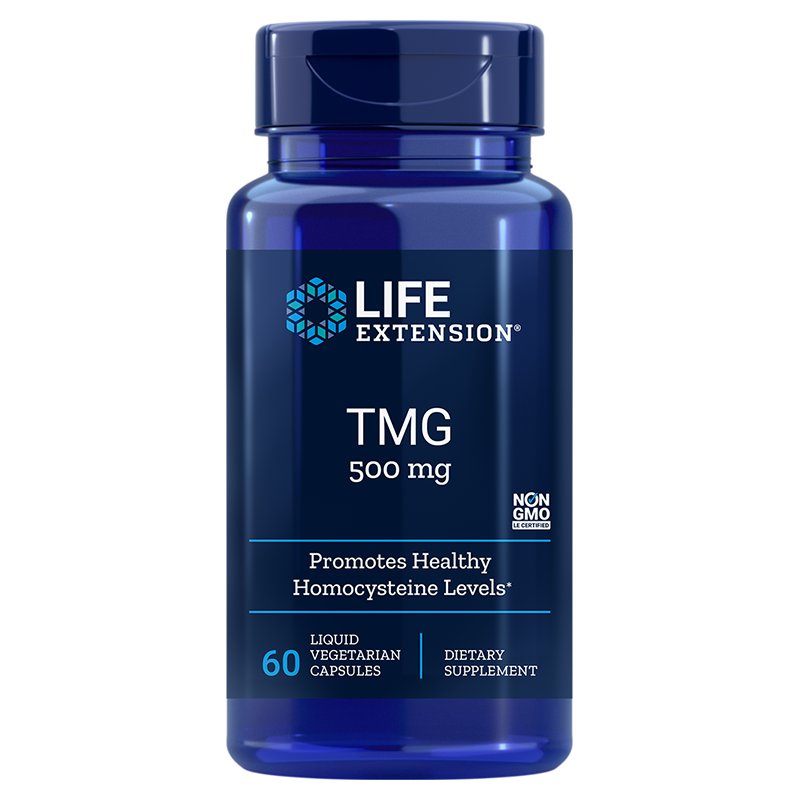 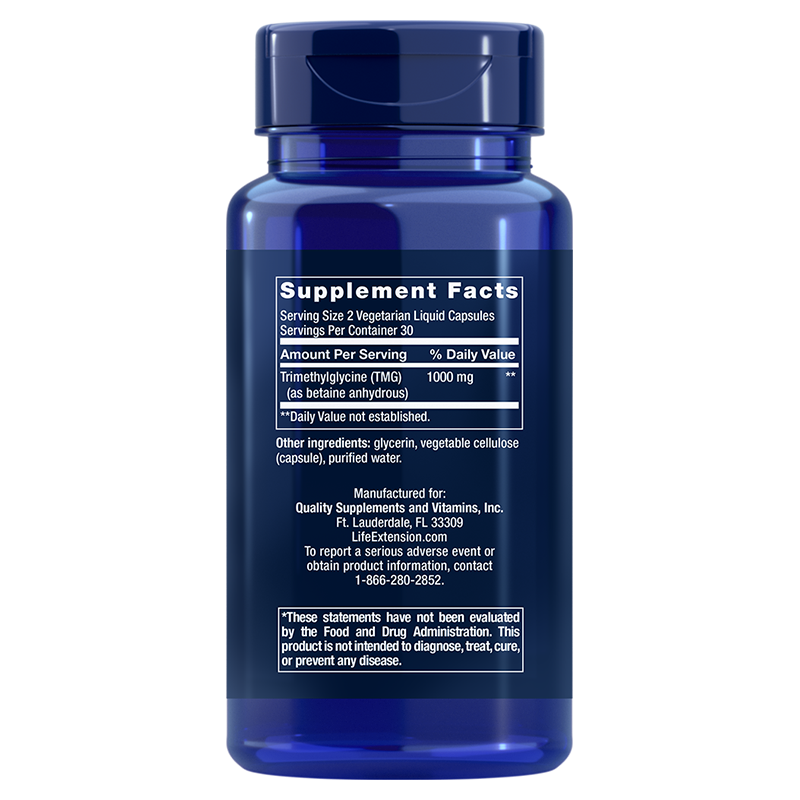 For you, if you are looking for cardiovascular health & healthy homocysteine levels support

The innovative formula of TMG can:

Trimethylglycine has been known and researched as an amino acid that supports heart health for over 50 years. TMG (also known as glycine betaine) has been linked to beneficial effects on liver function and cardiovascular health.

In the 1950s, TMG was discovered to be beneficial to the heart and it functions in a similar way to vitamin B12. As a methyl donor, it provides methyl groups to other bodily molecules.

When a TMG methyl group is donated to a molecule of homocysteine, the cardiovascular risk factor is converted back to the beneficial amino acid, methionine.

While working to promote healthy levels of homocysteine, alone or in conjunction with other nutrients, it has been attested as an important nutrient for cardiovascular health.

TMG is mainly found in wheat bran, with smaller amounts available in other cereal grains. TMG can also be produced in the body from choline, an essential nutrient found in eggs, soybeans and many other foods.